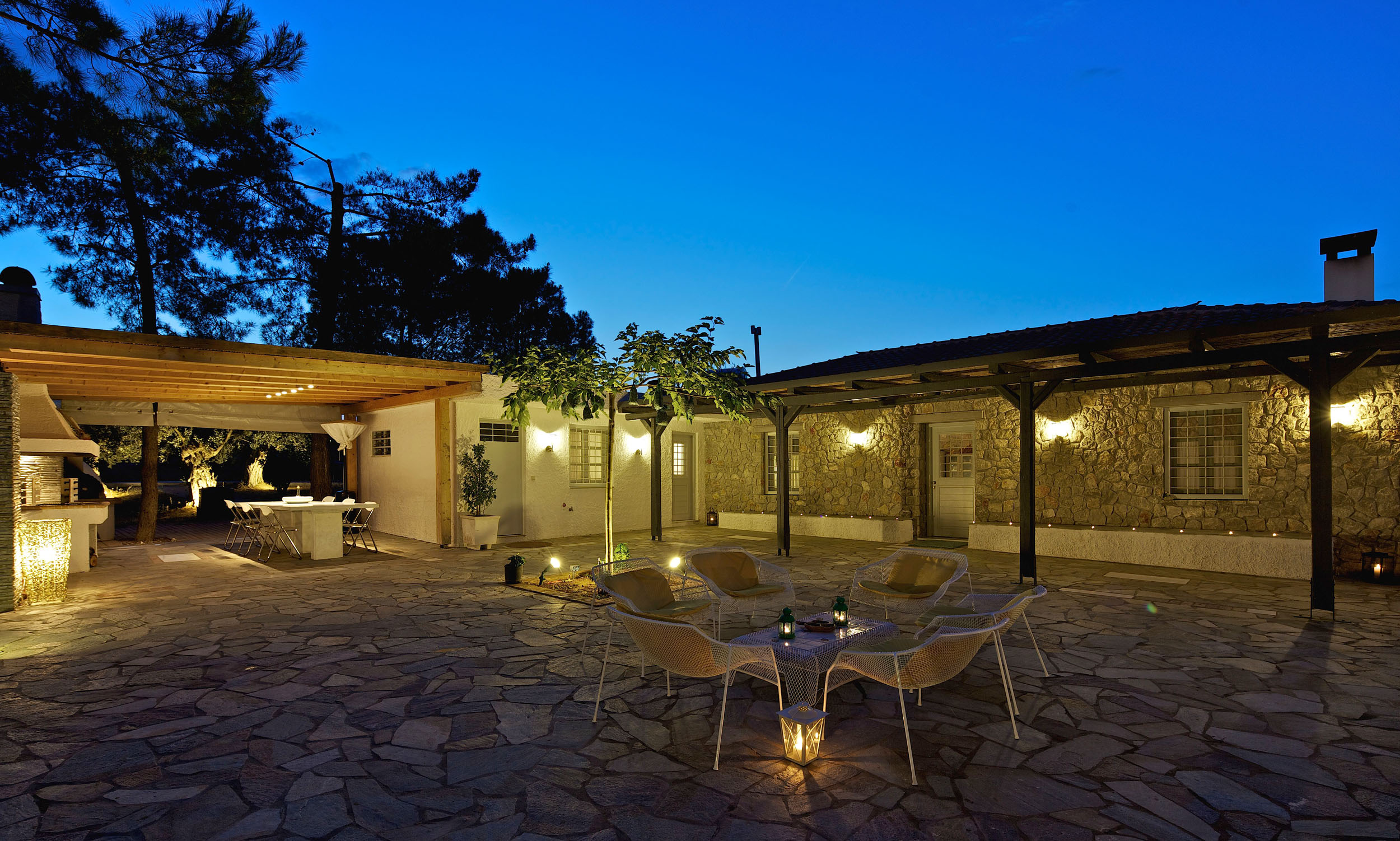 2011
Restoration and expansion of old farmhouse

Renovation of an early 19th century stone farmhouse, with a later outbuildings of concrete for ancillary use, situated in a productive olive grove on 43 stremmata (approximately 10 acres) in a small, fertile valley. The house was reconstructed in part and the interior remodeled with living rooms – kitchen, sitting and dining area in a single room in the stone house, with two bedrooms and bath constructed in the outbuildings. Further, the surrounding landscape was remodeled and a new stone guesthouse built in the style of the old farmhouse.