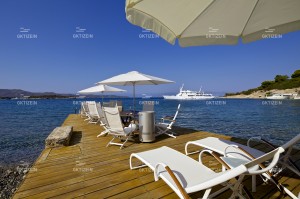 Transactions registered at Greece’s deed/title offices show a decrease, on average, of 8.6 percent a year from 2004 to 2014, a period that witnessed the real estate bubble burst in the country.

According to data released by the national statistical bureau, EL.STAT, the decrease reached just over 20 percent in the 2013-14 period.

Based on figures supplied by 380 such deed offices around the country – which correspond to 96 percent of the total – 384,546 actions dealing with property were recorded, resulting in 57 million euros in proceeds – 47.2 percent of which were diverted to state coffers and the remaining 52.8 percent collected by the deed offices themselves.

The average sum collected from a single property transaction – which ranges from an outright sale to a transfer, imposing a lien to even adding a co-owner on the deed – reached 149 euros.