In 2017 tourist arrivals are expected to hit a new record high and tourism receipts to recover from last year’s decline , as Greece is considered to be a safer destination compared to its neighbouring peers and is offering high quality hospitality. (Chart 17). 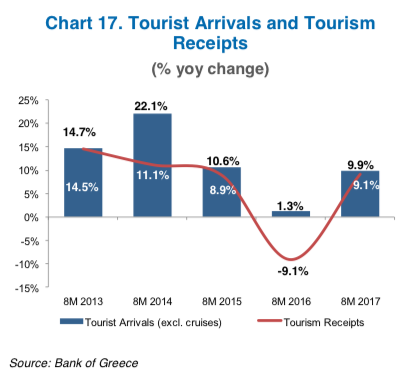 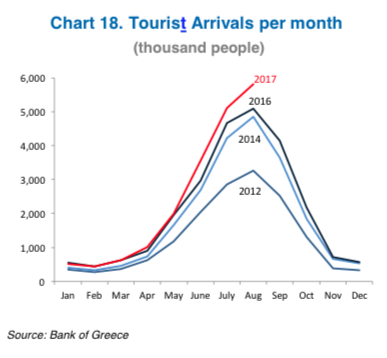