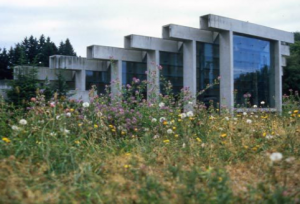 Landscape architect Cornelia Hahn Oberlander has won the 2015 Margolese National Design for Living Prize for her impact on Canadian cities. The School of Architecture and Landscape Architecture at the University of British Columbia, who awards the annual $50,000 prize, chose Oberlander for her “breathtaking, poetic, unforgettable, charged with meaning, and above all, Modernist” designs that have made “outstanding contributions to the development or improvement of living environments
for Canadians of all economic classes.” 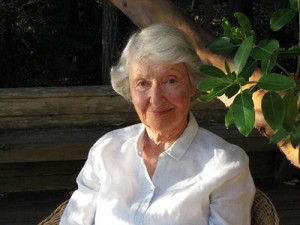 “[Oberlander’s] interests draw on technical, ecological, symbolic, and artistic practices, in a range of scales from the entire planet to tiny neighbourhood parks… It is hard to imagine a living architect, planner, or landscape architect in Canada whose profile could compare to Oberlander’s. Figures in other fields who might have similar impact are perhaps Alice Munro for literature, the late Glenn Gould or perhaps Joni Mitchell for music, Leonard Cohen for poetry, the late Emily Carr for painting. Cornelia Oberlander is as close as we get to a household name in landscape architecture. She is, quite frankly, a national treasure,” said the jury.

Her most influential landscapes include those of the UBC Museum of Anthropology, Robson Square in Vancouver and Ottawa’s National Gallery.

Previous winners of the prize include Vikram Bhatt of McGill University (2014), Bing Thom of Bing Thom Architects (2013) and Eric Miller at University of Toronto (2012).